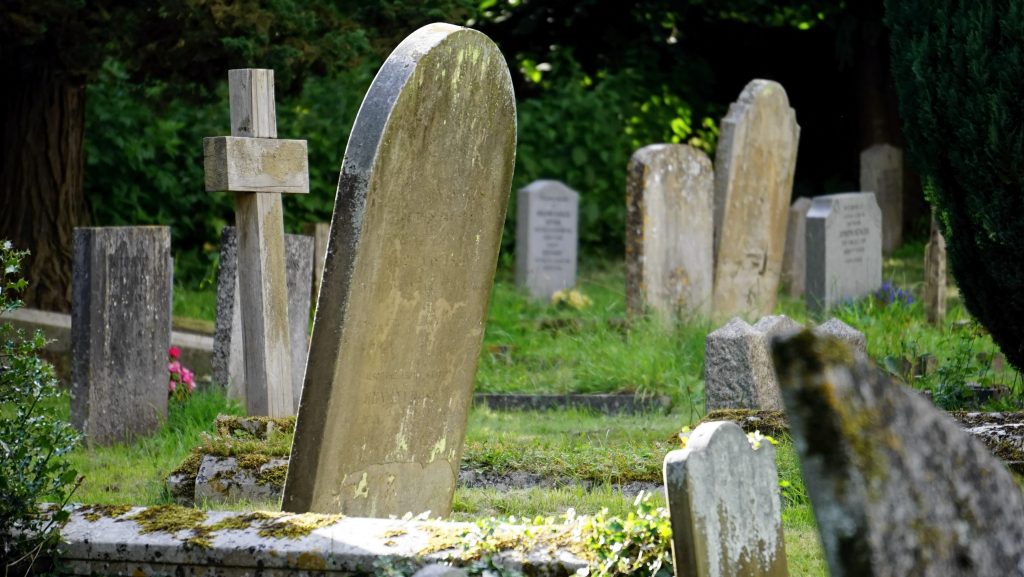 About eight years ago I spent a summer in Ohio. I’d already started The Goblin’s Daughter at this point. I had a few skeletal chapters written, but the story was still taking form in my mind.

One of the best things about Ohio (aside from the ice cream) was the cemeteries.

Sure, Utah graveyards can be cool, but Ohio cemeteries tend to be much older, with headstones that stick up rather than the ones that sit flat in the ground. You know, cemeteries that actually look like cemeteries and not golf courses.

Fun fact: Did you know that graveyards and cemeteries are different things? A cemetery is usually a burial ground that’s not associated with or attached to a church. A graveyard is usually part of a church yard.

The type of headstones in these cemeteries also varied a lot. I’d see everything from simple engraved slabs to massive mausoleums and stone angels. One day, I explored a gigantic graveyard that seemed to go on forever. There were thousands of headstones, all different kinds, some of them hundreds of years old.

The entire graveyard was surrounded by thick, tangled woods. (The forests in Ohio were actually a big inspiration for the woods in The Goblin’s Daughter, even though I technically set it in Colorado.)

In the middle of the graveyard was a gray stone church. I don’t remember if it functioned as a mortuary at the time, but I immediately loved it. It was two stories tall with stained glass windows, and I immediately thought “this is going in a book.”

Not long after my summer in Ohio, my husband and I were working with a group on a school project or something, and we went to one of our group mate’s homes.

Turns out, the dude lived in a small apartment above a mortuary.

Naturally, I was way more interested in his living situation than the project, so that became the center of our conversation. (It didn’t end up being a very productive study session.)

He told us that he lived there because he got free rent, but with one caveat: during the night for one week out of the month, he was on call to take the mortuary van and pick up bodies of people who had died in the night from hospitals and nursing homes.

I’m not kidding. Free rent to go pick up dead bodies during the night.

He then proceeded to give us a tour of the mortuary. Of course, there was the actual funeral parlor part where viewings and other services took place, but the most fascinating part was the basement.

The upstairs funeral parlor was nice and polished, but the downstairs was a different story. He led us down a narrow set of stairs to a start room where the freshly embalmed corpse of a middle-aged man lay on a table. I’d only seen one or two dead people at that point, so this still gave me the willies, but my writer brain immediately starting spinning out ideas.

The dude then showed us the “cooler” where the fresh cadavers were stored until they were embalmed. He even opened it up, revealing two bodies inside, lying on narrow shelves. I remember their pallid color and the purplish bruises on the balding scalp of a middle-aged woman.

I though how incredibly claustrophobic that cooler would be for a living person, since there was only a few inches of clearance between the faces of the cadavers and the slide-out shelves above them.

After that was the small embalming room. The table was a bit dirty and took up most of the room, leaving just enough space for the pumps and for a person to move around. There were some cupboards with chemicals and equipment, and the whole place just had a run-down, unsettling feeling.

The detail that set it all off for me was this: The guy told us the mortician liked to blast heavy metal while she embalmed.

And just like that, a character and a setting was born.

"I literally could not put this book down and read it in 24 hours. Sawyer draws you into her haunting story and doesn’t let you go until the last page." 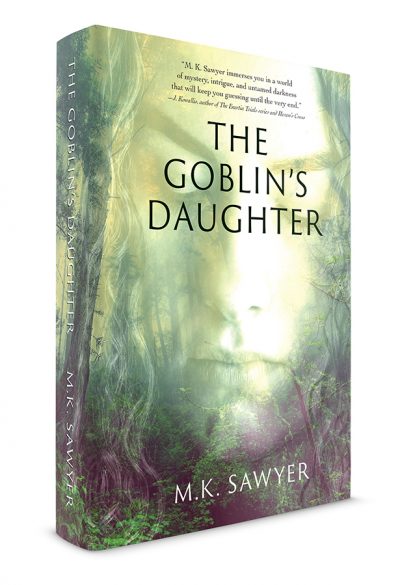 Get it on Amazon!